The U.S. Dept. of State’s Investment Statements pertaining to Malaysia somehow explained the rationale behind the growing interests in Malaysian securities. The report describes how the Malaysian government, under the leadership of new Prime Minister Muhyiddin Yassin, has been carrying out its plans for the country’s economic recovery. Such plans include inviting more direct foreign investors to put up businesses in Malaysia, particularly in the fields of high technology asd research & development.

At the same time the Malaysian government has been launching initiatives in support of traditional business sectors such as oil and gas; financial services, tourism, palm oil and rubber, as well as wholesale and retail operations for various products, whether for terrestrial or e-commerce trade.

On the domestic front, the government led by PM Yassin has released a $60 billion stimulus package to fund measures aimed at protecting Malaysia’s citizens and businesses, against the detrimental effects of the COVID-19 lockdown period. The measures are deemed important in steering the nation toward economic recovery as they move forward into year 2021.

What are Direct Foreign Investments and How Do They Work?

Direct Foreign Investments (DFIs) are investing opportunities for major companies, since DFIs involve huge sums of money as a means to expand business operations in a foreign country like Malaysia.

Some other DFI opportunities are brokered by venture capitalists to institutional investors. The latter are large organizations who handle equity traded funds (ETFs) or mutual funds on behalf of multiple investors looking to grow their wealth without the need to participate as traders. The money placed as investments may be offered as capital funds to help a business organization, or an entrepreneur start up a proposed business that shows great potential for succeeding.

Online trading platforms are proprietary in nature as they are operated by investment brokers who have direct access in the local financial markets. The great news is that the leading Malaysian broker and provider of online trading platform known as Rakuten Trade is available and accessible in the UK, U.S. and other Asian countries. This denotes that through the Rakuten Trade platform, retail investors can directly buy equity shares and other investment products directly from Malaysian financial markets.

Recently, Rakuten Trade announced that through its online trading platform, Malaysian investors will also be able to invest and trade in U.S. shares of stocks. While at first many had doubts if it was safe to use Rakuten’s Malaysia-based trading software, doubts over its integrity were quickly erased. Publishers of rakuten review Malaysia provide information that this fintech innovator has received multiple awards.

Rakuten Trade lays claim for having pioneered the operation of licensed online trading platforms in Malaysia. Since its inception in 2017 as a joint venture between Kenanga Investment Bank Berhad and Japan’s securities firm Rakuten, this fintech has been the recipient of numerous awards, including the “2018 Fintech Company of the Year.” 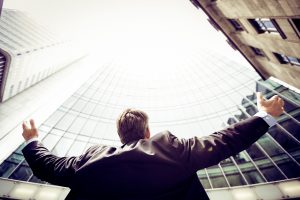